The Flight of the Maidens (Paperback) 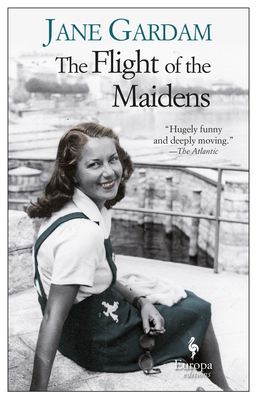 The Flight of the Maidens (Paperback)


Available to Order - Usually Arrives in Our Store in 4 to 7 Days
Jane Gardam, author of the Old Filth Trilogy, delivers another modern classic in The Flight of the Maidens. With her characteristic wit, Gardam captures a moment in time for three young women on the cusp of adulthood. With keen perception the novel charts the course of this trio as they boldly face their uncertain futures.

It is Yorkshire, 1946. The end of the war has changed the world again, and
emboldened by this new dawning Hetty Fallows, Una Vane, and Lisolette Klein seize the opportunities with enthusiasm. Hetty, desperate to escape the grasp of her critical mother, books a solo holiday to the Lake District under the pretext of completing her Oxford summer coursework. Una, the daughter of a disconcertingly cheery hairdresser, entertains a romantically inclined young man from the wrong side of the tracks and the left-side of politics. Meanwhile, Lisolette Klein, the mysterious Jewish refugee from Germany, leaves the Quaker family who had rescued her, to test herself in London. Although strikingly different from one another, these young women share the common goal of adventure and release from their middle class surroundings through romance and education.

Gardam demonstrates her talent for creating fully realized characters in these venturesome, intelligent young women whose stories are told with delight and understanding. This reissue of The Flight of the Maidens will appeal to a wide range of adult and young adult readers.
Jane Gardam is the only writer to have been twice awarded the Whitbread Prize for Best Novel of the Year. She is winner of the David Higham Prize, the Royal Society for Literature's Winifred Holtby Prize, the Katherine Mansfield Prize, and the Silver Pen Award from PEN. Her novels include: God on the Rocks, shortlisted for the Booker Prize; Old Filth, a finalist for the Orange Prize; The Man in the Wooden Hat, finalist for the Los Angeles Times Book prize, and Last Friends, finalist for the Folio Award. She lives in the south of England, near the sea.

Praise for The Flight of the Maidens

"Gardam at her best."
—The Guardian

"All characters, major and minor, are superbly developed and convincing. The portrait of
postwar England as conventions crumble and the country that is rebuilt is terrific, drawn by a writer whose attention to detail recreates, lovingly and with bright flashes of wit, another time and place."
—Publisher's Weekly (Starred)

“[A] witty and humane novel from a grande dame of English letters [...] [A] sparking, endearing account of first love, youthful folly and headstrong antics.”
—Minneapolis Star-Tribune"Gardam is a lovely writer: her prose is crisp but capable of both drama and poetry, sometimes together."
—Open Letters Monthly