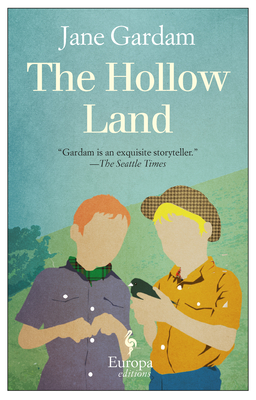 
Available to Order - Usually Arrives in Our Store in 4 to 7 Days
The barren, beautiful Cumbrian fells provide the bewitching setting for the adventures of Bell and Harry, two children who find enchanting wonder at every turn, as they explore THE HOLLOW LAND. Everyday challenges give a daring edge to this rural work and play. There are ancient mysteries to explore and uncover, like the case of the Egg Witch, and everyone is curious about the Household Name, a wildly famous Londoner moving in to the jewel of the territory, Light Trees Farm. With painterly ease, Jane Gardam’s stories fly with a marvelous spirit that will delight readers of all ages!
Jane Gardam is the only writer to have been twice awarded the Whitbread Prize for Best Novel of the Year. She is winner of the David Higham Prize and the Royal Society for Literature’s Winifred Holtby Prize, the Katherine Mansfield Prize, and the Silver Pen Award from PEN. Her novels include: God on the Rocks, shortlisted for the Booker Prize; A Long Way From Verona; Crusoe’s Daughter; and the Old Filth trilogy: Old Filth, finalist for the Orange Prize; The Man in the Wooden Hat, finalist for the Los Angeles Book Prize; and Last Friends, finalist for the Folio Award. She lives in the south of England near the sea.
Featured as one of the New York Times Book Review's "100 Notable Books of 2015"

“Jane Gardam has a spectacular gift for detail of the local and period kind, and for details which made
characters so subtly unpredictable that they ring true.” – Times Literary Supplement

“Gardam’s prose is so economical that no moment she describes is either gratuitous or wasted.” –The New Yorker

“Gardam is an exquisite storyteller, picking up threads, laying them down, returning to them and giving them new meaning.” –The Seattle Times

“Gardam will bring immense pleasure to readers who treasure fiction that is intelligent, witty, sophisticated.” –The Washington Post