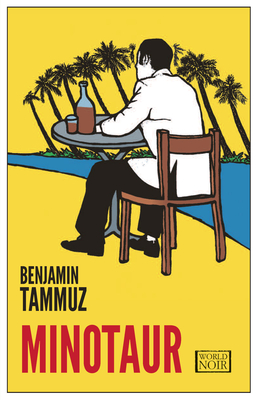 By Benjamin Tammuz, Mildred Budny (Translated by), Kim Parfitt (Translated by)
$16.00
Available to Order - Usually Arrives in Our Store in 4 to 7 Days

On the day of his forty-first birthday, an Israeli secret agent encounters a beautiful young English woman. In his overburdened mind, she is the woman he has been searching for all his life, the one he has loved forever. Though they have never met, he is certain that she is an essential part of his life's destiny. Using all tricks of his trade and his network of contacts, he takes control of her existence without ever revealing his identity. Alexander Abramov's desperate, dangerous love for a woman half his age consumes everything in its path: time, distance, and rival suitors. Only his own story, of a life conditioned by isolation, distrust, and murder, can explain his devastating manipulation of the woman he professes to love.

Four lives are entwined in this intricate story of a solitary man driven from one side of Europe to the other by his obsession. Riveting and full of suspense, as in the best spy-story tradition, Minotaur is also a highly inventive and original literary novel. Tammuz is a skilled writer whose commanding style makes of Alexander Abramov's story a moving allegory of every man's search for love.

Benjamin Tammuz was born in Russia in 1919 and immigrated to Palestine with his family at the age of five. He was a sculptor as well as a diplomat, a writer, and, for many years, literary editor of the Ha’aretz newspaper. His numerous novels and short stories have been widely translated from the Hebrew and have received several literary prizes. He died in 1989.

Translated from the Hebrew by Mildred Budny and Kim Parfitt.

"A masterpiece...A great novel of love and desire."
–The Nervous Breakdown

“A novel about the expectations and compromises that humans create for themselves...Very much in the manner of William Faulkner and Lawrence Durrell.”
—The New York Times

"With echoes of Kafka and Conrad, Israeli novelist Tammuz has fashioned a provocative, spare, slow-to-unfold mystery of character."
—Kirkus Review

“If the doomed atmosphere that hovers over the romances in Greene and Le Carré is present in Minotaur, so is a flavor that can only be described as more continental, and prose more sensuous than fits into the schemes of those two writers.”
—Boston Phoenix

"The best novel of the year."
—Graham Greene, author of The Quiet American