The Threads of the Heart (Paperback) 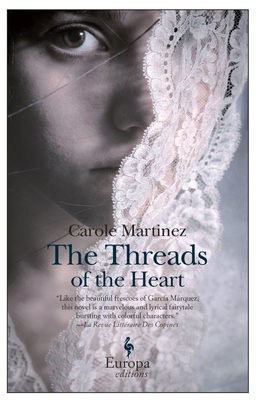 The Threads of the Heart (Paperback)


Available to Order - Usually Arrives in Our Store in 4 to 7 Days
They say Frasquita knows magic, that she is a healer with occult powers, that perhaps she is a sorceress. She does indeed possess a remarkable gift, one that has been passed down to the women in her family for generations. From rags, off-cuts, and rough fabric she can create gowns and other garments so magnificent, so alive, that they are capable of masking any kind defect or deformity (and pregnancies!). They bestow a breathtaking and blinding beauty on whoever wears them.

But Fasquita's gift makes others in her small Andalusian village jealous. And to make matters worse, Frasquita is an adulteress. (It matters not that her betrayal came at her husband's behest after he gambled on her honor, and lost, at a cock fight.) She is hounded and eventually banished from her home. What follows is an extraordinary adventure as she travels across southern Spain all the way to Africa with her five children in tow. Her exile becomes a quest for a better life, for herself and her daughters, whom she hopes can escape the ironclad fate of her family of sorcerers.

The Threads of the Heart possesses the lyric beauty of a prose poem and the narrative power of a myth.
Author Carole Martinez, a former actress and photographer, currently teaches French in a middle school in Issy-les-Moulineaux. She began writing during her maternity leave in 2005.