The Girl in the Polka Dot Dress (Paperback) 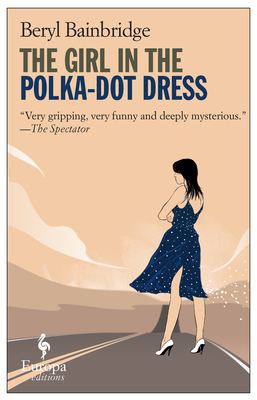 The Girl in the Polka Dot Dress (Paperback)


Available to Order - Usually Arrives in Our Store in 4 to 7 Days
In the tumultuous spring of 1968 a young English woman, Rose, travels from London to the United States to meet a man she knows as Washington Harold. In her suitcase are a polka dot dress and a one-way ticket. In an America recently convulsed by the April assassination of Martin Luther King and subsequent urban riots, they begin a search for the charismatic and elusive Dr. Wheeler- sage, prophet and, possibly, redeemer-who rescued Rose from a dreadful childhood and against whom Harold holds a seething grudge.

As they follow their quarry cross-country in a camper they encounter the odd remnants of Wheeler acolytes who harbor festering cultural and political grievances. Along the way, a famous artist is shot in New York, mutilated soldiers are evacuated from Vietnam, race hatred explodes in ghettos and suburbs and casual madness blossoms at revival meetings.

Many believe America's only hope is presidential candidate Robert Kennedy, whose campaign trail echoes Rose and Harold's pilgrimage. Both will conclude in Los Angeles at the Ambassador Hotel one infamous night in June.

Subversive, sinister and marvelously vivid, Beryl Bainbridge's great last novel evokes a nation on the brink of self-destruction with artful brilliance.
Beryl Bainbridge was the author of seventeen novels. The Dressmaker, The Bottle Factory Outing, An Awfully Big Adventure, Every Man For Himself and Master Georgie were all finalists for the Booker Prize, and Every Man For Himself won the Whitbread Novel of the Year Prize. The Guardian includes The Bottle Factory Outing on their list of the 100 Greatest Novels of All Time. An Awfully Big Adventure was adapted for a film starring Hugh Grant and Alan Rickman.