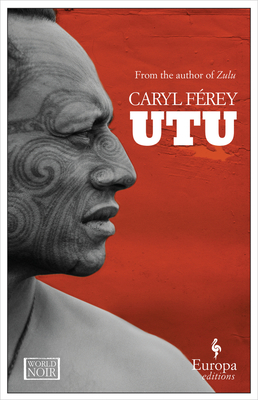 
Available to Order - Usually Arrives in Our Store in 4 to 7 Days
Paul Osborne is spiraling out of control. Full of drugs and booze and self-hate, he has washed up in Sydney, where he has a walk-up in Kings Cross, a bad case of sunstroke, and an even worse reputation at the local bars. But now his former boss from the Auckland City Police Department has tracked him down and wants Osborne back on the job. Jack Fitzgerald, a former colleague and Osborne’s only real friend on the force, has committed suicide in the middle of an important investigation. And despite his current state, Paul Osborne, once a tenacious detective, is the only one qualified to take over the investigation. Osborne has no interest in playing policeman anymore but returns to Auckland at the behest of his captain for one reason and one reason only: he’s sure that Jack Fitzgerald couldn’t have killed himself.

An expert in Maori culture, Osborne retraces his dead friend’s steps into a world of occult mystery, tribal discontent, billion-dollar backroom deals, and political corruption in a search for the truth about Jack Fitzgerald.

In the Maori language, “utu” means revenge. In this gripping crime novel, the desire for bloody revenge runs deep and far and nobody, innocent and guilty alike, will be safe until it has been sated.
Caryl Férey’s novel Utu won the Sang d’Encre, Michael Lebrun, and SNCF Crime Fiction Prizes. Zulu, his first novel to be published in English, was the winner of the Nouvel Obs Crime Fiction and Quais du Polar Readers Prizes. In 2008, it was awarded the French Grand Prix for Best Crime Novel. He lives in France.