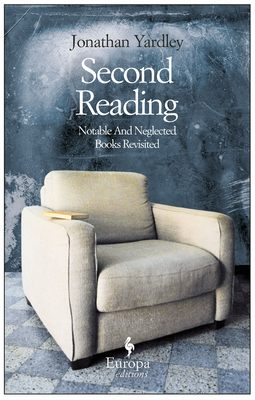 
Title unavailable, please email for information.
This collection of reviews and reevaluations by Pulitzer Prize-winning book critic Jonathan Yardley considers lesser-known works from renowned authors and underappreciated talents, and offers fresh takes on old favorites. Yardley’s reviews of sixty titles include fiction by Gabriel Garcia Márquez, John Cheever, and Henry Fielding; the autobiography of Louis Armstrong; essays by Nora Ephron; and Margaret Leach’s history of Washington during the Civil War. Second Readings is also the memoir of a passionate and lifelong reader told through the books that have meant the most to him. Playing the part of both reviewer and bibliophile, Yardley takes on Steinbeck and Salinger, explores the southern fiction of Shirley Ann Grau and Eudora Welty, looks into a darker side of Roald Dahl, and praises the pulp fiction of William Bradford Huie and the crime novels of John McDonald.
Jonathan Yardley has been a book critic and columnist at The Washington Post since 1981. He has been awarded the Pulitzer Prize for distinguished criticism and a Fellowship from the Nieman Foundation for Journalism at Harvard University. He is the author of six books of non-fiction, including Ring: A Biography of Ring Lander (Random House, 1977) and Misfit: The Strange Life of Frederick Exley (Random House, 1997). Yardley lives in Washington DC.