The Gun Book for Girls (Hardcover) 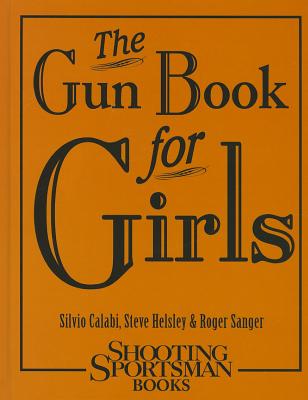 The Gun Book for Girls (Hardcover)


Available to Order - Usually Arrives in Our Store in 4 to 7 Days
This third installment in the popular series of practical books about guns and shooting is aimed at women of all ages--the fastest-growing segment of the sport--and it couldn't come at a better time. America and firearms literally grew up together, but today guns are often simply linked to crime and violence; gun control has become a polarizing political issue; and misinformation about firearms is spreading. Now three experts have tackled the subject in a series of books that explores the realities of guns and shooting and sets the record straight about some common misconceptions. On the heels of The Gun Book for Boys and The Gun Book for Parents, The Gun Book for Girls is for girls (and women) interested in guns and shooting but who have little or no background in firearms. Through example and anecdote, the book emphasizes safety and proper usage, and it defines terms and provides hands-on advice about using and maintaining guns. It also covers firearms, shooting methods, clothing and accessories for women, profiles females who shoot and who work in the gun trade, and discusses the issues around guns for self-defense (a topic of special interest to women). Like the other two titles, this book is non-political and written in an easy-to-understand conversational tone. Each book is thoroughly illustrated, and content is presented in easily managed portions that can be read in series or singly, all backed up with an index.
A writer, editor, and publisher for more than 30 years, Silvio Calabi lives on the coast of Maine and hunts around the world. Roger Sanger, from California and Idaho, is an aficionado of fine guns and the founder of the California Side By Side Society. Steve Helsley, also from California, is a consultant to the National Rifle Association and a firearms historian and photographer. They have collaborated on many articles for shooting magazines and they founded and produced the Gold Medal Concours d'Elegance of Fine Guns and the Western Side By Side Championships. ISBNs and titles of author's previous books: Hemingway's Guns 9780892727209; The Gun Book for Boys 9781608931996; The Gun Book for Parents 9781608932016