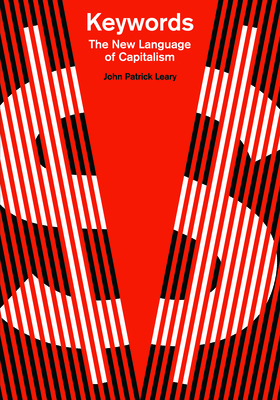 Keywords: The New Language of Capitalism chronicles the rise of a new vocabulary in the twenty-first century. From Silicon Valley to the White House, from kindergarten to college, and from the factory floor to the church pulpit, we are all called to be innovators and entrepreneurs, to be curators of an ever-expanding roster of competencies, and to become resilient and flexible in the face of the insults and injuries we confront at work. In the midst of increasing inequality, these keywords teach us to thrive by applying the lessons of a competitive marketplace to every sphere of life. What's more, by celebrating the values of grit, creativity, and passion at school and at work, they assure us that economic success is nothing less than a moral virtue.

Organized alphabetically as a lexicon, Keywords explores the history and common usage of major terms in the everyday language of capitalism. Because the words in this book have successfully infiltrated everyday life in the English-speaking world, their meanings often seem self-evident, even benign. Who could be against empowerment, after all? Keywords uncovers the unexpected histories of words like innovation, which was once synonymous with "false prophecy" before it became the prevailing faith of Silicon Valley. Other words, like best practices and human capital, are relatively new coinages that promise us a kind of freedom within a marketplace extending its reach across the public sector and into our private lives. The new language of capitalism burnishes hierarchy, competition, and exploitation as leadership, collaboration, and sharing, modeling for us the habits of the economically successful person: be visionary, be self-reliant, and never, ever stop working.

John Patrick Leary is Associate Professor of English at Wayne State University in Detroit, where he teaches nineteenth- and twentieth-century U.S. and Latin American literature. He is the author of A Cultural History of Underdevelopment: Latin America in the U.S. Imagination (2016) and numerous scholarly articles and essays.