Zombie Capitalism: Global Crisis and the Relevance of Marx (Paperback) 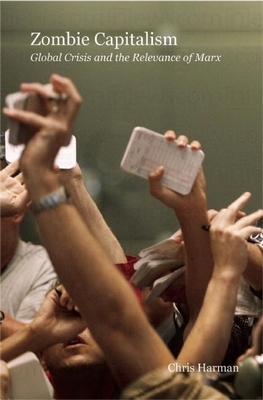 Zombie Capitalism: Global Crisis and the Relevance of Marx (Paperback)

We've been told for years that the capitalist free market is a self-correcting perpetual growth machine in which sellers always find buyers, precluding any major crisis in the system. Then the credit crunch of August 2007 turned into the great crash of September-October 2008, leading one apologist for the system, Willem Buiter, to write of "the end of capitalism as we knew it."

As the crisis unfolded, the world witnessed the way in which the runaway speculation of the "shadow" banking system wreaked havoc on world markets, leaving real human devastation in its wake. Faced with the financial crisis, some economic commentators began to talk of "zombie banks"-financial institutions that were in an "undead state" and incapable of fulfilling any positive function but a threat to everything else. What they do not realize is that twenty-first century capitalism as a whole is a zombie system, seemingly dead when it comes to achieving human goals.

Chris Harman (1942-2009) was the editor of the International Socialism and the author of numerous books, including A Peoples History of the World (Verso).

"Essential reading for anyone who wants to understand the presentday crisis and its place in the history of capitalism." Alex Callinicos, author of Bonfire of Illusions

"Zombie Capitalism is both timely and hugely valuable. . . . This book is an essential read."Socialist Review