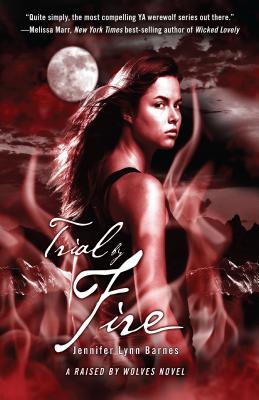 By Jennifer Lynn Barnes
Please email or write store for pricing and availability information.
Special Request - May Not Be Available

There can only be one alpha.

Bryn is finally settling into her position as alpha of the Cedar Ridge Pack--or at least, her own version of what it means to be alpha when you're a human leading a band of werewolves. Then she finds a teenage boy bleeding on her front porch. Before collapsing, he tells her his name is Lucas, he's a Were, and Bryn's protection is his only hope. But Lucas isn't part of Bryn's pack, and she has no right to claim another alpha's Were. With threats--old and new--looming, and danger closing in from all sides, Bryn will have to accept what her guardian Callum knew all along. To be alpha, she will have to give in to her own animal instincts and become less human. And she's going to have to do it alone. Bryn faces both the costs, and the rewards of love and loyalty in this thrilling sequel to Raised by Wolves.

Jennifer Lynn Barnes has been writing for as long as she can remember and published her first novel when she was nineteen. In addition to being an author, Jen has been a competitive cheerleader, a teen model, a dancer, and a comic book geek.

After graduating from Yale College with a degree in cognitive science, she spent a year doing autism research at the University of Cambridge. Jen is now pursuing her PhD in developmental psychology at Yale. She divides her time between New Haven and Tulsa.

You can visit her online at www.jenniferlynnbarnes.com."