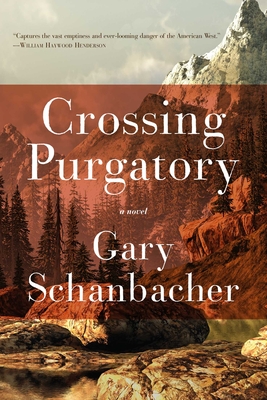 
Title unavailable, please email for information.
In the spring of 1858, Thompson Grey, a younger farmer, travels to his father''s estate seeking funds to expand his holdings. Far overstaying his visit, he returns home to find that his absence has contributed to a devastating family tragedy. Haunted by remorse, Thompson abandons his farm and begins a westward exile in the attempt to outpace his grief. During his wanderings, he encounters emigrants along the Santa Fe Trail who force him to assert his values and re-awaken his connection with humanity. Unwittingly, he finds himself at journey''s end in the one place where his strongest temptations are able to overtake him and once again put him to the test. Crossing Purgatory deals with questions of unprincipled ambition, guilt, and the price one man is willing to pay for atonement.
Gary Schanbacher was born in the Midwest, raised in Southeast Virginia, and lives just outside Denver, Colorado. His short story collection, Migration Patterns, received a PEN/Hemingway Honorable Mention for distinguished first works of fiction and won the Colorado Book Award, the High Plains First Book Award and the Eric Hoffer General Fiction Award. He has been a Hemingway Fellow at Ucross Foundation, serves on the board of directors of Lighthouse Writers Workshop, a non-profit writing center, and is a founding partner of The Writers Block, a writing co-community.

Schanbacher writes beautifully, but not in a showy way. He builds up characters and landscape through simple, precise detail.

Crossing Purgatory is a beautiful, lyrical experience, memorable for its timeless evocation of human struggle at the fringes of civilization. Schanbacher effortlessly channels history while exploring conflicts of the heart that ring just as true today.

Schanbacher’s unflinching prose is lyrical; it lays bare the deepest of emotions of the human heart.
— Rocky Moutain News