My Bondage and My Freedom (Hardcover) 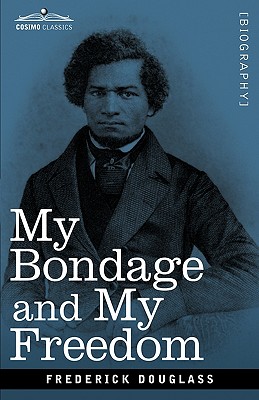 My Bondage and My Freedom (Hardcover)


Available to Order - Usually Arrives in Our Store in 4 to 7 Days
If I ever wavered under the consideration, that the Almighty, in some way, ordained slavery, and willed my enslavement for his own glory, I wavered no longer. I had now penetrated the secret of all slavery and oppression, and had ascertained their true foundation to be in the pride, the power and the avarice of man. -from Chapter XI: "A Change Came O'er the Spirit of My Dream" He is one of the greatest Americans in the history of the nation: editor, orator, author, statesman, and reformer FREDERICK DOUGLASS (1818-1895) arrived on the national scene in 1841 to such universal acclaim that it seemed impossible for his admirers to conceive that he had been born and raised within chains. The first of his three autobiographies, 1845's Narrative of the Life of Frederick Douglass (also available from Cosimo), was written mainly to explain how he accomplished this astonishing feat. This, the second of his life stories, was published in 1855, and offers a more in-depth and-though seemingly impossible-even more thoughtful exploration of his life as a slave and his journey to escape it than his first book had. Douglass also discusses the challenges of life not only as a free man but as a famous one much in demand, as a public speaker in the Northern States and in Great Britain as well. This edition also includes the original publication's appendix, which features letters and speeches by the great man. A foundational work of African-American literature and a vital document of 19th-century American history, this is the extraordinary tale of a personal battle for freedom that became a fight for the very soul of a nation.