In Letters of Blood and Fire: Work, Machines, and the Crisis of Capitalism (Common Notions) (Paperback) 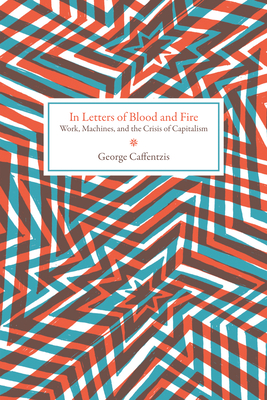 In Letters of Blood and Fire: Work, Machines, and the Crisis of Capitalism (Common Notions) (Paperback)

Although information technology, immaterial production, financialization, and globalization have been trumpeted as inaugurating a new phase of capitalism that transcends its violent origins, this collection of essays by autonomist Marxist George Caffentzis argues that instead of being in a period of major social and economic novelty, the course of the last decades has been a return to the vehement conflicts present at the advent of capitalism. Emphasizing class struggles that have proliferated across the social body of global capitalism, Caffentzis shows how these struggles are so central to the dynamic of the system that even the most sophisticated machines cannot liberate capitalism from class struggle and the need for labor. The writings draw upon a careful rereading of Marx’s thought in order to elucidate political concerns of the day and document the peculiar way in which capital perpetuates violence and proliferates misery on a world scale.

George Caffentzis is a professor of philosophy at the University of Southern Maine and a founding member of the Midnight Notes Collective. He is the author of Clipped Coins, Abused Words, and Civil Government: John Locke's Philosophy of Money and the coeditor of A Thousand Flowers: Social Struggles Against Structural Adjustment in African Universities. He lives in New York City.

"[George Caffentzis] is a lively and dogged polemicist; he dances circles around the pompous marxologist. . . The lever by which he overturns the world is light as a feather, and its fulcrum is as down to earth as the housewife, the student, the peasant, the worker. Here is capitalist critique and proletarian reasoning fit for our time."  —Peter Linebaugh, author, The Magna Carta Manifesto: Liberties and Commons for All

"Calm but furious and meticulously researched, this collection is required reading for anyone other than the Koch Brothers."  —Sasha Frere-Jones, The New Yorker

"Caffentzis' analysis is cutting and the project he is attempting is extremely pertinent."  —Publishers Weekly