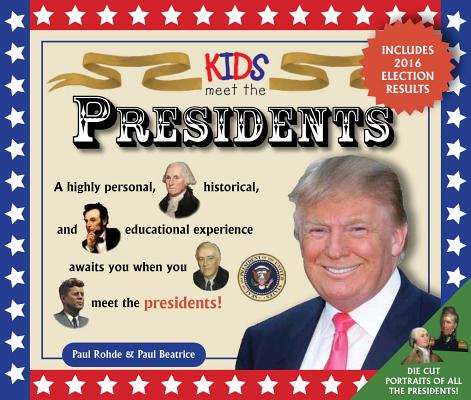 
Title unavailable, please email for information.
Hey kids! Get up close and personal with the Presidents of the United States! The most up-to-date illustrated guide to America’s leaders, from George Washington to the newly elected Donald Trump!

From generals to farmers to a former Hollywood actor, each of these politicians has a story to share about his experience as the leader of the free world. Did you know that:
*Abraham Lincoln stored important documents in his top hat?
*Democrats called Republican Benjamin Harrison "Little Ben" to mock his short stature?
*Dwight Eisenhower's campaign slogan was "I Like Ike"?
*Ronald Reagan was a radio announcer and a Hollywood actor before he became president?
Each U.S. president comes to life in two-page spreads that feature authentic presidential portraits and fascinating information. From the first page, you can meet the presidents like never before!