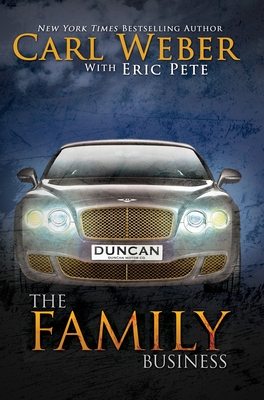 This is book number 1 in the Family Business series.

Meet the Duncans, a prominent family from Jamaica, Queens. They may be known for their big house, fancy cars, and lavish lifestyle, but that doesn't make them immune from some over-the-top drama.

L. C. Duncan has run his successful car dealership in Jamaica, Queens, for more than 30 years, but when the recession hits and the competition gets a little rough, some say it's time for him to retire. Palm trees and golf sound like fun, but L.C. still has a few tricks up his sleeve. Which one of his kids can he trust to run the family business?

Paris could give any supermodel a run for her money. When she walks in the room, all heads turn, but it's her anger issues and knack for getting into trouble that most people remember. She's much more dangerous than anyone gives her credit for . . . except, perhaps, her father.

Harris Grant is married to L.C.'s oldest daughter. In Harris's opinion, he's the most qualified to run the family business. Now he just needs to convince L.C. . . . and make sure no one discovers the secret he's been keeping.

Harris isn't the only one with skeletons in the closet. The Duncan family has been keeping a secret of their own: a deep, dark secret that, if revealed, will shock the entire community.
Carl Weber is the New York Times bestselling author of The Preacher's Son, So You Call Yourself a Man, Something on the Side, Up to No Good, Big Girls Do Cry, Torn Between Two Lovers, and She Ain't the One. He is the Publisher and Editorial Director of Urban Books and CEO of Urban Books Media, which is currently producing films based on several of his bestselling novels. He lives in Long Island, New York, with his family. His Web site is carlweber.net.

Eric Pete is an award-winning author and one of the hottest voices in contemporary fiction today. A graduate of McNeese State University, he resides with his family in the New Orleans area where he is currently working on his next novel.