The Cartel 2: Tale of the Murda Mamas (Mass Market) 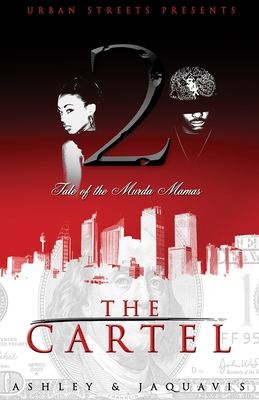 The Cartel 2: Tale of the Murda Mamas (Mass Market)

This is book number 2 in the The Cartel series.

Diamonds are forever . . . or are they? The Cartel runs Miami, and loyalty to their organization runs deep, but when someone breaks the rules, things may be beyond repair. A snitch in the crew has dismantled the notorious Cartel, and now disloyalty threatens to tear the family apart. Young Carter is in the fight for his life, as he faces drug kingpin charges due to the treachery of his best friend, Ace.

Kidnapping, murder, deception, and seduction fill this highly anticipated sequel. Will Zyir find out that Breeze is still alive? Will Mecca be exposed as his brother's killer? Is Miamor dead or alive? Ashley and JaQuavis are back with The Cartel 2. Their twisted tale of deceit will have you on the edge of your seat, trying to figure out what happens next.
Ashley & JaQuavis hit the street lit scene at the age of 17 when they were discovered by Carl Weber. Their first novel, Dirty Money, was an instant hit, putting them on the road to literary success. They have published more than twenty novels as a duo, including the New York Times bestselling Cartel series. They are pursuing movie and television projects to bring some of their blockbuster books to the big screen. Now married, the pair still lives in Flint, Michigan, the city that inspired many of their gritty urban tales.