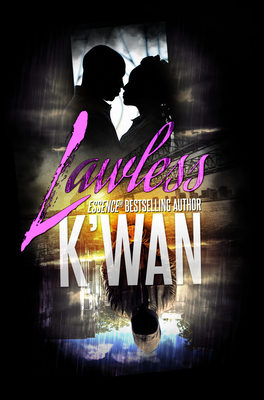 
On Our Shelves Now
Bernadette "Bernie" Hunt prides herself on never settling. In school, she was always at the top of her class, and after graduating from Spellman with honors she landed a job at one of Atlanta's top marketing firms. She lives by her father's motto: the best of everything, or nothing at all.

Bernie excels in life, but love is another story. Being gorgeous, smart and from a well-to-do family, she has no shortage of high society suitors vying for her attention, but when measured against her father, none seem good enough. This changes when she meets Keith Davis, a hot shot lawyer recently hired at her father's firm.
Keith is handsome, financially stable, and as skilled in the bedroom as he is in open court, with an infectious personality that draws people, including Bernie, to him. Being new to Atlanta from New Orleans, Keith's past is somewhat of a mystery, but that doesn't stop Bernie from falling head over heels for him. The day Keith gets down on one knee and proposes to Bernie is one of the happiest of her life. She has found a kindred soul who seems to bring everything to the table... including a dark secret.
When Keith is unexpectedly summoned back to New Orleans to attend the funeral of a relative killed under questionable circumstances, Bernie insists on being by his side. Their trip to the Big Easy will find the couple in the middle of a murder mystery that Keith has been reluctantly charged to solve. During the investigation into the slaying, secrets will be unearthed about Keith's past that cause Bernie to question everything she thought she knew about the man she's agreed to marry.
K'wan is the #1 bestselling author of Welfare Wifeys, Section 8, Gutter, Still Hood, Hood Rat, Eve, Hoodlum, Street Dreams, Gangsta, Road Dawgz, and his new series, Animal. In 2011 K'wan won the African American Literary Award for Welfare Wifeys. He has also been featured in Time, King, and New York Press, and on MTV and BET. K'wan currently resides in New Jersey, where he is working on his next novel.