Home on the Range: A Novel (Double S Ranch #2) (Paperback) 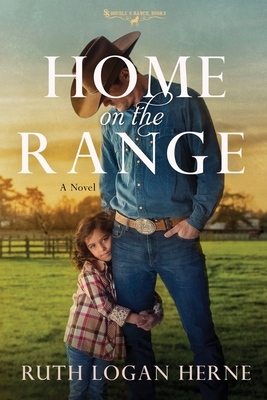 By Ruth Logan Herne
$14.99
Available to Order - Usually Arrives in Our Store in 4 to 7 Days

Can the brother left behind and a woman without hope work together for the good of two precious children?

Nick Stafford stayed in central Washington, working his family’s large ranch after his brothers left to pursue other passions—but his toughest job is being a single dad. As a child he watched his father fail at marriage and parenting, so Nick was determined to show him up. He’d be a better husband, father, and ranch manager than Sam Stafford ever was. Despite that commitment, three years after Nick’s wife left him, he has a daughter in trouble at school and both of his girls are facing issues that force him to rethink his stubborn plans.

For Dr. Elsa Andreas, life fell apart when tragedy caused her to abandon her family therapy practice and retreat to the backwoods of Gray’s Glen. Her school principal sister believes Elsa can guide the Stafford girls and that working with kids will draw Elsa out of her protective bubble.

Summer on the Double S teems with life and adventure. Amid the bounty of God and land, will Nick and Elsa find the courage to build futures based on faith rather than fear?

Ruth Logan Herne has more than a million books in print, including eighteen Love Inspired contemporary novels and Back in the Saddle, Book 1 in the Double S Ranch series. Ruth is a founding member of Seekerville, a popular writing-collective blog. A country girl who loves the big city, Ruth and her husband live on a farm in upstate New York.

“I’ve been so eagerly awaiting this book by Ruth Logan Herne—and it’s even better than I’d hoped. An overprotective cowboy daddy and the therapist masquerading as a woodland fairy princess called on to help his daughters… What could possibly go wrong? Just everything. The whole delightful story is full of fun twists and poignant turns. Home on the Range is a great new installment in the Double S Ranch series.”
—Mary Connealy, author of No Way Up

“Home on the Range showcases Ruth Logan Herne’s ability to write wounded, damaged characters grasping for grace with both hands. My heart ached for Nick’s loss, Elsa’s guilt, and little Cheyenne’s desperate need. As always, Herne’s story is sprinkled with hope and gives the reader glimpses of the One who came to save. A satisfyingly happy ending left me sighing with contentment.”
—Mary Jane Hathaway, author of The Pepper in the Gumbo

“In Home on the Range, the finely crafted second story in the Double S Ranch trilogy, Nick is caught in a downward spiral of repeating his father’s mistakes and no amount of cowboy gumption is going to fix things. But Elsa, a family therapist who sought refuge in Gray’s Glen to escape her own tragic past, defies her fears and conventional wisdom to connect with Nick and his daughters, bringing a soothing balm to this hurting cowboy’s wounds. Ruth Logan Herne explores the darkest recesses of her characters’ souls and bring light into the shadows, giving hope to the lost and healing to the broken. This latest story is no exception and one of her finest!”
—Jan Drexler, award-winning author of Hannah’s Choice and Mattie’s Pledge

“A child in crisis, a hunky but clueless single father, and a reclusive therapist with a big secret… Intrigued? I sure was. Home on the Range is a fabulous story of hope, faith, and real-life family drama. Filled with heart-tugging emotion, delightfully sassy bantering, and a cowboy to die for—what’s not to love? I loved it so much I quickly ordered the first book in the series. Well done, Ruth Logan Herne!”
—Vickie McDonough, best-selling, award-winning author of Sarah’s Surrender, book 3 in the Land Rush Dreams series