The Kid: A Season with Sidney Crosby and the New NHL (Paperback) 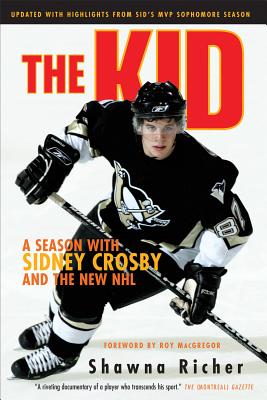 By Shawna Richer, Roy MacGregor (Foreword by)
Please email or write store for pricing and availability information.
Hard to Find

In the tradition of A Season on the Brink and Peter Gzowksi's The Game of Our Lives, Shawna Richer has had the exclusive assignment of chronicling Sidney Crosby's incredible rookie season. Beginning with the NHL entry draft that almost never was, Richer follows Crosby to Pittsburgh, where he is greeted as the team's savior and moves in with living legend Mario Lemieux. From there it's onto the ice, where the team's youngest player proves to be its best player day in and day out, staying on pace to set rookie scoring records while the team loses and is forced to fire its coach. From an international advertising deal with Reebok to a season that seems to go from triumph to triumph, Sid the Kid has proven that he already is the man.