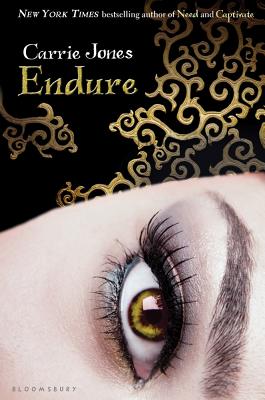 By Carrie Jones
Please email or write store for pricing and availability information.
Out of Print

Rescuing Nick should have made all of Zara's problems disappear. Bedford's greatest warrior is back, not to mention Zara's true soul mate. But it seems it isn't enough. Nick isn't enough. Bedford is being ravaged by evil pixies and they need much more than one great warrior; they need an army to stop the impended apocalypse. Zara isn't sure what her role is anymore. She's not just fighting for her friends, she's also a pixie queen. And to align her team of pixies with the humans she loves will be one of her greatest battles yet. Especially since she can't even reconcile her growing, heart-pounding feelings for her pixie king. . . . Unexpected turns, surprising revelations, and one utterly satisfying romantic finale make Endure a thrilling end to this acclaimed series.

CARRIE JONES is the New York Times and internationally bestselling author of the Need series, as well as After Obsession with Steven E. Wedel. She is a distinguished alum of Vermont College's MFA Program, and a part-time police dispatcher in Maine because she likes cop stories. Really. She blogs about her dogs, cops, and a bit about writing, too.