The Eternal Ones (Hardcover) 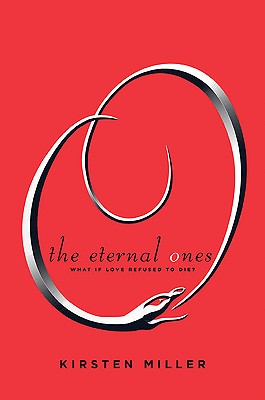 By Kirsten Miller
$17.99
Special Request - May Not Be Available

“Growing up in a small town in Tennessee, Haven Moore has been labeled a wierdo, a demon child. That's because Haven has always had visions of a past life as a girl named Constance in love with a boy named Ethan. When she sees a picture of Iain Morrow on the news, she has another vision and realizes that Iain may be Ethan. She heads to New York to discover the truth and finds herself in the middle of a mystery that may end in her death. This thriller, full of intriguing characters and a compelling mystery, was nearly impossible to put down!”
— Cathy Berner, Blue Willow Bookshop, Houston, TX

Haven Moore can't control her visions of a past with a boy called Ethan and a life in New York that ended in fiery tragedy. In our present, she designs beautiful dresses for her classmates with her best friend Beau. Dressmaking keeps her sane, since she lives with her widowed and heartbroken mother in her tyrannical grandmother's house in Snope City, a tiny town in Tennessee. Then an impossible group of coincidences conspire to force her to flee to New York, to discover who she is, and who she was.

In New York, Haven meets Iain Morrow and is swept into an epic love affair that feels both deeply fated and terribly dangerous. Iain is suspected of murdering a rock star and Haven wonders, could he have murdered her in a past life? She visits the Ouroboros Society and discovers a murky world of reincarnation that stretches across millennia. Haven must discover the secrets hidden in her past lives, and loves, before all is lost and the cycle begins again.

Kirsten Miller is also the author of the critically acclaimed Kiki Strike book series. She lives in Brooklyn, New York, and she suspects she may have been either Amelia Earhart or Catherine the Great in a previous existence.

-The Eternal Ones is an engrossing and utterly enchanting story of true love, discovery and destiny that defies time. Thrilling and magical. A must read.+ -Danielle Trussoni, author of Angelology