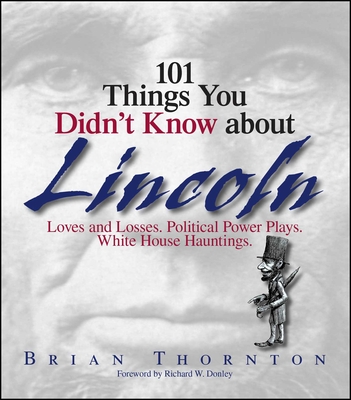 By Brian Thornton, Richard W. Donley
Please email or write store for pricing and availability information.
Special Request - May Not Be Available

Discover the man behind the myth.

One hundred fifty years after his death, Abraham Lincoln remains one of America's most fascinating, brilliant, and visionary leaders. He's idolized as a hero, a legend, and even a secular saint. But what about the real man behind the stone monument?

In this engaging, intelligent book, you'll learn about more than just his savvy political skills and Civil War power plays. 101 Things You Didn't Know about Lincoln reveals other little known details of his personal and professional life, including:

Filled with these and other offbeat facts, 101 Things You Didn't Know about Lincoln is sure to fascinate, whether you're a newcomer to Lincoln legend and lore, or a hardcore history buff!