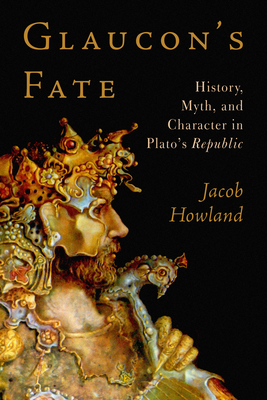 By Jacob Howland
$29.95
Available to Order - Usually Arrives in Our Store in 4 to 7 Days

"Glaucon's Fate is one of the most interesting and insightful treatments of Plato's Republic in years . . . We may never know the real Socrates, but Howland's mastery and interpretation of an impressive array of works from Plato's time, along with his insight into many Platonic dialogues, including and especially the Republic, makes this book a must-read for anyone interested in Plato, Socrates, and the life of philosophy.--The New Criterion

In the Republic, Socrates seeks to convince Plato's brother Glaucon that the just life of philosophy is preferable to the unjust life of tyranny. Jacob Howland's Glaucon's Fate argues that he fails. The available evidence suggests that Glaucon joined his cousin Critias and his uncle Charmides in the regime of the so-called Thirty Tyrants, the brutal oligarchy that governed Athens in the immediate aftermath of the Peloponnesian War. If Howland is right, Plato's intelligent and courageous brother--suspended as he was between the corruption of Athenian politics and the integrity of Socratic inquiry, between kinsmen who were leaders of the Thirty and a just friend who fell afoul of them--could not be saved even by the age's most capable advocate of virtue and philosophy. What went wrong? This is the guiding question of Glaucon's Fate, a book that promises to challenge our understanding of Plato's masterwork. It is the culmination of a lifelong devotion to the study of Plato's Republic by a major scholar.

Jacob Howland is McFarlin Professor of Philosophy at the University of Tulsa, where he teaches in the Honors Program as well as in philosophy. He has written and lectured on the work of Plato, Aristotle, Xenophon, and Hegel, among others. He is the author of The Republic: The Odyssey of Philosophy, The Paradox of Political Philosophy: Socrates' Philosophic Trial, Kierkegaard and Socrates, and Plato and the Talmud.