The Empire of The City: The Secret History of British Financial Power (Paperback) 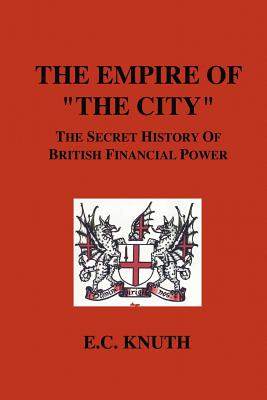 The Empire of The City: The Secret History of British Financial Power (Paperback)

The author presents a behind the scenes look at the secretive international policies of the British government and how their successes allowed them to rise to the top of a vast secret order of World Finance. According to the author, he has pieced enough information together, presented in this book, which clearly shows that a colossal financial and political organization is run from a area of London called "The City". Due to its power, The City is claimed to operate as a super-government of the world, and plays some kind of role or has influence in virtually every major world event.