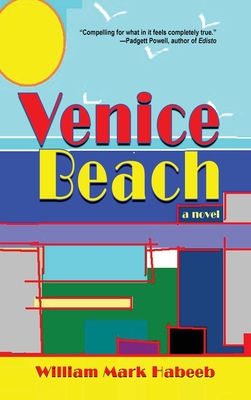 "Habeeb's engaging novel skillfully explores the dark underbelly of growing up in an abusive household and trying to choose a new family. Moon's early life experiences are full of trauma and pain. 'When kids run away from home, ' he reflects at the beginning of the book, 'people try to find them and send them back. It apparently never occurs to them that kids run away for a reason, and because running away is difficult and scary that reason must be a damn good one.' The author deftly concocts an emotionally tumultuous narrative with an array of misfits and outcasts who come together out of both necessity and love...Readers will root for the hero's success and safety." -Kirkus Reviews

﻿It's 1968. A thirteen-year-old boy flees his abusive father and alcoholic mother for sunny California. Barely surviving on the streets of Los Angeles, a fateful encounter leads him to the bohemian community of Venice Beach, known at the time as "Slum-by-the-Sea." He takes refuge in a youth shelter and renames himself Moon, symbolizing his quest for a guiding light.

Over the next two years Moon struggles with trust, love, sexual orientation confusion, drug use, homelessness, and haunting flashbacks from his childhood. As cultural upheaval over the Vietnam War rages, Moon assembles a new family of his own making, but a shocking and unexpected discovery upends who he thinks he is. Venice Beach is a moving tale of the resilience of youth and the importance of reflecting on our stories.