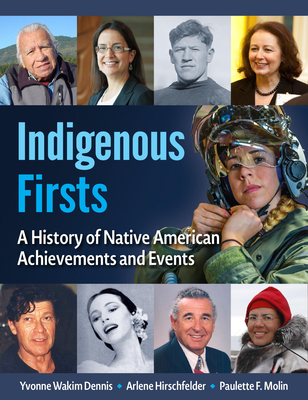 A celebration of achievement, accomplishments, and courage

Indigenous Firsts honors the ongoing and rich history of personal victories and triumphs, and with more than 200 photos and illustrations, this information-rich book also includes a helpful bibliography and an extensive index, adding to its usefulness. This vital collection will appeal to anyone interested in America's amazing history and its resilient and skilled Indigenous people.