The Chicago Tribune Book of the Chicago Cubs: A Decade-By-Decade History (Hardcover) 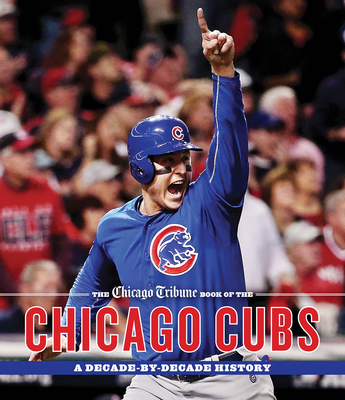 By Chicago Tribune, Dan McGrath (Introduction by), Joe Knowles (Foreword by)
$40.00
Available to Order - Usually Arrives in Our Store in 4 to 7 Days

The Chicago Tribune Book of the Chicago Cubs is a decade-by-decade look at one of baseball's most beloved if hard-luck teams, starting with the franchise's beginnings in 1876 as the Chicago White Stockings and ending with the triumphant 2016 World Series championship. For more than a century, the Chicago Tribune has documented every Cubs season through original reporting, photography, and box scores. For the first time, this mountain of Cubs history has been mined and curated by the paper's sports department into a single one-of-a-kind volume. Each era in Cubs history includes its own timeline, profiles of key players and coaches, and feature stories that highlight it all, from the heavy hitters to the no-hitters to the one-hit wonders. And of course, you can't talk about the Cubs without talking about Wrigley Field. In this book, readers will find a complete history of that most sacred of American stadiums, where Hack Wilson batted in 191 runs--still the major-league record--in 1930, where Sammy Sosa earned the moniker "Slammin' Sammy," and where fans congregated, even when the team was on the road, throughout its scintillating championship run. The award-winning journalists, photographers, and editors of the Chicago Tribune have produced a comprehensive collector's item that every Cubs fan will love.

The Chicago Tribune, founded in 1847, is the flagship newspaper of the Chicago Tribune Media Group. Its staff comprises dedicated, award-winning journalists who have authored many best-selling books.