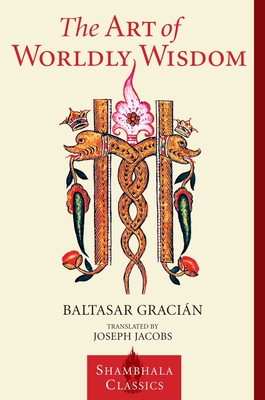 
Available to Order - Usually Arrives in Our Store in 4 to 7 Days
This perennially popular book of advice on how to achieve personal and professional success is valued for its timeless insights on how to make one's way in the world. Written in the seventeenth century by a Spanish Jesuit scholar, these teachings are strikingly modern in tone and address universal concerns such as friendship, morality, managing emotions, and effective leadership. The Art of Worldly Wisdom is for anyone seeking to combine ethical behavior with worldly success.

This edition of The Art of Worldly Wisdom includes an informative introduction by Willis Barnstone, Distinguished Professor of Spanish and Comparative Literature at Indiana University. Barnstone, a noted translator, critic, and poet, explores Gracián's background and places him within his historical and literary context.
Baltasar Gracián was an aphorist, imaginary biographer, and novelist, who published studies of ideal figures and handbooks on the arts of rhetoric and comportment. His books include The Hero, Shrewdness and the Art of the Artist, The Art of Worldly Wisdom, and The Master Critic. Many high officials felt attacked by the controversial and critical works of this Jesuit priest-professor. Gracián refused to be censored, and was eventually confined to solitary house arrest, where he died.

"Absolutely unique . . . a book made for constant use—a companion for life."—Arthur Schopenhauer

"Europe has never produced anything finer or more complicated in matters of moral subtlety."—Friedrich Nietzsche