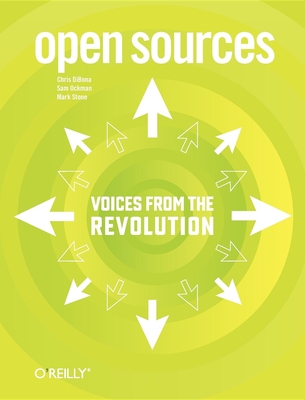 Freely available source code, with contributions from thousands of programmers around the world: this is the spirit of the software revolution known as Open Source. Open Source has grabbed the computer industry's attention. Netscape has opened the source code to Mozilla; IBM supports Apache; major database vendors haved ported their products to Linux. As enterprises realize the power of the open-source development model, Open Source is becoming a viable mainstream alternative to commercial software.Now in Open Sources, leaders of Open Source come together for the first time to discuss the new vision of the software industry they have created. The essays in this volume offer insight into how the Open Source movement works, why it succeeds, and where it is going.For programmers who have labored on open-source projects, Open Sources is the new gospel: a powerful vision from the movement's spiritual leaders. For businesses integrating open-source software into their enterprise, Open Sources reveals the mysteries of how open development builds better software, and how businesses can leverage freely available software for a competitive business advantage.The contributors here have been the leaders in the open-source arena:

This book explains why the majority of the Internet's servers use open- source technologies for everything from the operating system to Web serving and email. Key technology products developed with open-source software have overtaken and surpassed the commercial efforts of billion dollar companies like Microsoft and IBM to dominate software markets. Learn the inside story of what led Netscape to decide to release its source code using the open-source mode. Learn how Cygnus Solutions builds the world's best compilers by sharing the source code. Learn why venture capitalists are eagerly watching Red Hat Software, a company that gives its key product -- Linux -- away.For the first time in print, this book presents the story of the open- source phenomenon told by the people who created this movement.Open Sources will bring you into the world of free software and show you the revolution.
Chris DiBona is an open source software evangelist at Google. He co-edited Open Sources: Voices from the Open Source Revolution (the original collection of essays) and was an editor at Slashdot.org. He has also produced Linux segments on TechTV for The ScreenSavers.