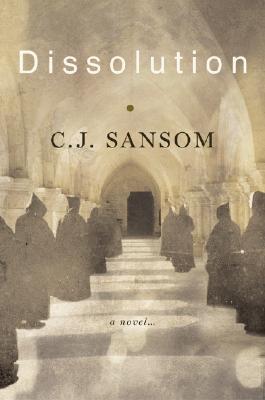 By Simon Jones (Read by), C.J. Sansom
Please email or write store for pricing and availability information.
Out of Print

Matthew Shardlake, a keenly intelligent hunchback lawyer, is in the service of Lord Thomas Cromwell, an ambitious advisor to King Henry VIII. Shardlake, and many like him, sought to create a world in which faith and charity would be enough to settle differences. But following England's break with the Roman Catholic Church, Cromwell is charged with suppressing the country's monasteries and confiscating their land. By the winter of 1537, his actions have led to rebellion and executions. The disembodied heads of accused traitors line the spikes on London Bridge was a warning to others.

Harsh new laws, rigged trials, networks of informers, and Queen Anne Boleyn herself executed on questionable charges—the scene is set for reform and for Cromwell supporter Matthew Shardlake to enter a hellish cauldron of personal, social, and political upheaval. As Shardlake starts to doubt Cromwell's methods for achieving reform, he is sent to investigate a monastery murder that only serves to fuel his suspicions, even as his own loyalty comes under the microscope.

Originally from Wiltshire, England, award-winning narrator SIMON JONES is perhaps most often recognized as ‘Arthur Dent’ in The Hitchhiker’s Guide to the Galaxy (both radio and TV versions) or as ‘Bridey’ in the classic TV mini-series “Brideshead Revisited”.

He has been seen in such films as Privates in Parade, Brazil, 12 Monkeys, Miracle on 34th Street (remake), and Devil’s Own; most recently on TV as a judge in OZ and as ‘C.S. Lewis’ in PBS’s A Question of God; and regularly on stage, including 10 major roles on Broadway. In 2004 his audio book narrations won him AudioFile magazine's "Golden Voice" award, and Publisher’s Weekly "Narrator of the Year."

CHRISTOPHER (C. J.) SANSOM earned a Ph.D. in history and was a lawyer for the disadvantaged before becoming a full-time writer. He lives in London.