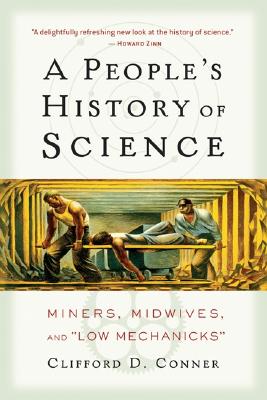 
Available to Order - Usually Arrives in Our Store in 4 to 7 Days
We all know the history of science that we learned from grade school textbooks: How Galileo used his telescope to show that the earth was not the center of the universe; how Newton divined gravity from the falling apple; how Einstein unlocked the mysteries of time and space with a simple equation. This history is made up of long periods of ignorance and confusion, punctuated once an age by a brilliant thinker who puts it all together. These few tower over the ordinary mass of people, and in the traditional account, it is to them that we owe science in its entirety. This belief is wrong. A People's History of Science shows how ordinary people participate in creating science and have done so throughout history. It documents how the development of science has affected ordinary people, and how ordinary people perceived that development. It would be wrong to claim that the formulation of quantum theory or the structure of DNA can be credited directly to artisans or peasants, but if modern science is likened to a skyscraper, then those twentieth-century triumphs are the sophisticated filigrees at its pinnacle that are supported by the massive foundation created by the rest of us.
Clifford D. Conner teaches at John Jay School of Criminal Law in New York. His previous writings on the era of the French Revolution include a biography of Jean-Paul Marat.