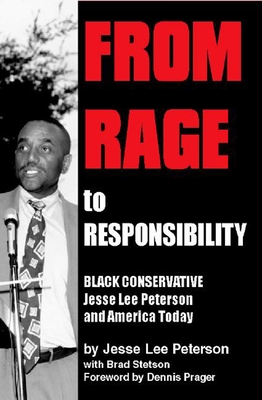 This is a no-holds-barred analysis of contemporary liberalism and the havoc it is wrecking in American culture. From race, to abortion, to feminism, to immigration, to education, the ideas and public policies produced by the Left are collectivist and demagogic, hindering self-government and damaging lives, say Jesse Lee Peterson and Brad Stetson.

Through the prism of Peterson's fascinating life experience and his history of grassroots community work on the streets of riot-torn south-central Los Angeles, Peterson and Stetson examine the violations of common sense and sound thinking that the current civil rights establishment constantly perpetrates against the American public. Peterson and Stetson point the way out of the statist mentality overtaking our public life, advocating a new culture of self-responsibility and moral renewal able to resuscitate the sagging spirits of an American public accustomed to looking everywhere but within for the solutions to their personal and political problems.

Endorsed by bestselling authors Shelby Stele and Dinesh D'Souza, this insightful work-with a foreword from bestselling ethicist Dennis Prager and A Declaration of Racial Commonsense signed by some of the leading social critics in the nation-is certain to provoke intense debate and discussion.

JESSE LEE PETERSON is a radio/television talk show host, successful entrepreneur, author, speaker, and the Founder/President of the national non-profit organization, Brotherhood Organization of A New Destiny (B.O.N.D.), whose purpose is Rebuilding the Family by Rebuilding the Man. Mr. Peterson is a board member of the National Grassroots Alliance and is on the advisory board of Project 21. He lives in California.