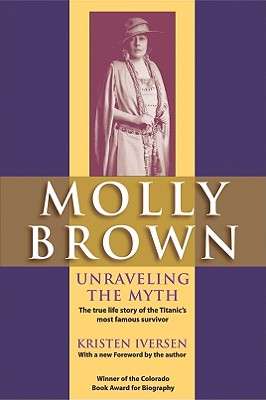 By Kristen Iversen
Please email or write store for pricing and availability information.
Special Request - May Not Be Available

When Margaret Tobin Brown arrived in New York City shortly after her perilous night in Titanic's Lifeboat Six, a legend was born. Through magazines, books, a Broadway musical, and a Hollywood movie, she became "The Unsinkable Molly Brown," but in the process her life story was distorted beyond recognition. Even her name was changed--she was never known as Molly during her lifetime. Molly Brown: Unraveling the Myth is the first full-length biography of this American icon, and the story it tells is of a passionate and outspoken crusader for the rights of women, children, mine workers, and others struggling for their voice in the early twentieth century.