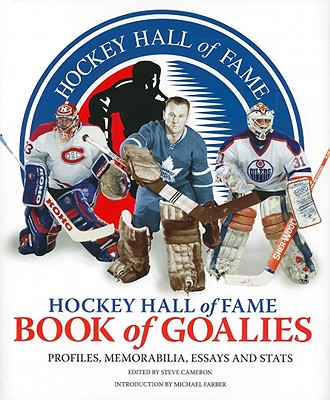 By Steve Cameron (Editor), Michael Farber (Introduction by)
$35.00
Special Request - May Not Be Available

A celebration of the players who have excelled in the most demanding position in all of sports.

Hockey Hall of Fame Book of Goalies features the most distinguished and influential men and women who ever patrolled the crease, exploring the careers of such stars as George Hainsworth, Georges Vezina, Johnny Bower, Jacques Plante, Ken Dryden, Tony Esposito and Patrick Roy.

In this comprehensive illustrated reference:

The Hockey Hall of Fame and Museum in Toronto, Ontario, honors and preserves the history of ice hockey and those who have made outstanding contributions and achievements in the development of the game.

Steve Cameron is an editor, hockey player and fan who has created over 15 sports titles. He also wrote the Canadian Book of Beer. He lives in Toronto, Ontario.