Advancing Urban Rights: Equality and Diversity in the City (Paperback) 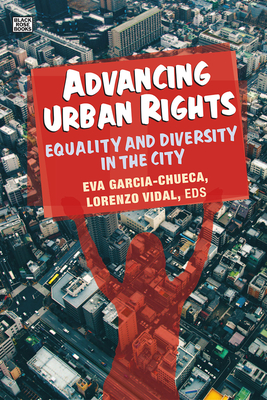 Advancing Urban Rights: Equality and Diversity in the City (Paperback)


Available to Order - Usually Arrives in Our Store in 4 to 7 Days
How can the set of rights that underpin the notion of the “right to the city” be advanced? In seeking answers to this question over several decades, social mobilizations have been assembled and new political and legal frameworks promoted. New interpretations and political articulations of the right to the city, especially those that have emerged since the end of the 2000s, encourage us to view it through the lens of identity politics. They propose that attention should be given to the diversity of the social groups that live in urban environments, whose voice and agency must be recognized in the construction of the city in the interests of equality and social justice.
​
Addressing these issues not only involves recognizing and valuing the subjects that have historically been marginalized in the construction of urban space, both physical and symbolic. It also means bearing in mind that the city materializes and is experienced in a different way by the different groups that inhabit it through their practices, uses of it and, in short, how their daily life takes shape. Advancing Urban Rights will help both concerned citizens and policy makers identify and analyze redistribution and recognition policies, institutional change, and social production of the city in an increasingly urban world.
Lorenzo Vidal is associate researcher at the Barcelona Centre for International Affairs.