Saving the City: The Challenge of Transforming a Modern Metropolis (Paperback) 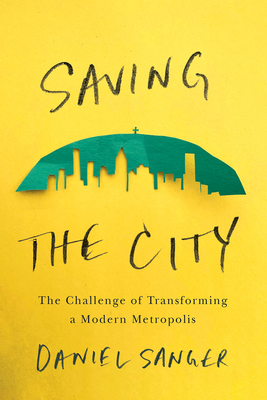 Saving the City: The Challenge of Transforming a Modern Metropolis (Paperback)

The rise to power of one of Canada’s most progressive municipal movements in recent memory.

When it was dreamed up in the early 2000s by a transportation bureaucrat with a quixotic dream of bringing tramways back to the streets of Montreal, few expected Projet Montréal to go anywhere. But a decade and a half later, the party was a grassroots powerhouse with an ambitious agenda that had taken power at city hall—after dumping its founder, barely surviving a divisive leadership campaign and earning the ire of motorists across Quebec.

Projet Montréal aspired to transform Montreal into a green, human-scale city with few, if any equal in North America. Equal parts reportage, oral history and memoir, Saving the City chronicles what the party did right, where it failed, and where it’s headed. Written from the perspective of someone who worked for Projet Montréal’s administration for almost a decade, Daniel Sanger’s book draws on dozens of interviews with other actors in the party and on the municipal scene, past and present.

A highly readable history of Montreal municipal politics over the past 30 years, Saving the City will also discuss issues of interest to city-dwellers across Canada. Are political parties at the municipal level a good thing? Is Montreal’s borough system a model for other big cities? What are the best ways to control urban car use? What is the optimum width for a sidewalk? The best kind of street tree? And why free parking is a terrible idea.

An award-winning journalist and writer based in Montreal, Daniel Sanger took a two-year hiatus to work with Projet Montréal in 2010. It ended up lasting nine years. A founding editor of the Montreal Mirror in 1985, he moved onto the Montreal Gazette and The Canadian Press, including a stint as a correspondent at Quebec’s National Assembly. In the mid 1990s he quit newspaper journalism to work in magazines. He was the Quebec correspondent for The Economist for more than a decade while contributing articles to many other magazines and newspapers.