Across the Winding River (Paperback) 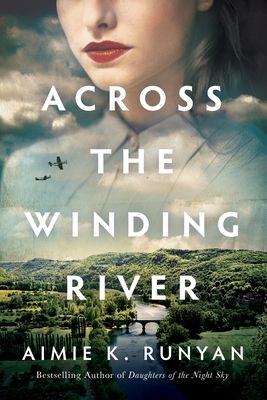 A woman unlocks the mystery of her father's wartime past in a moving novel about secrets, sacrifice, and the power of love by the bestselling author of Daughters of the Night Sky.

Beth Cohen wants to make the most of the months she has left with her elderly father, Max. His only request of his daughter is to go through the long-forgotten box of memorabilia from his days as a medic on the western front. Then, among his wartime souvenirs, Beth finds a photograph of her father with an adoring and beautiful stranger--a photograph worth a thousand questions.

It was 1944 when Max was drawn into the underground resistance by the fearless German wife of a Nazi officer. Together, she and Max were willing to risk everything for what they believed was right. Ahead of them lay a dangerous romance, a dream of escape, and a destiny over which neither had control.

But Max isn't alone in his haunting remembrances of war. In a nearby private care home is a fragile German-born woman with her own past to share. Only when the two women meet does Beth realize how much more to her father there is to know, all the ways in which his heart still breaks, and the closure he needs to heal it.