Here We Go!: Dawn Staley's Gamecocks and the Road to the Championship (Hardcover) 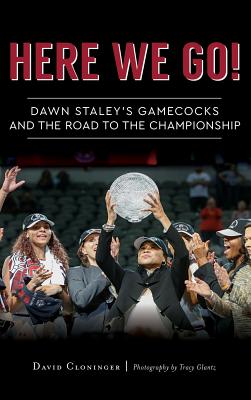 Here We Go!: Dawn Staley's Gamecocks and the Road to the Championship (Hardcover)


Available to Order - Usually Arrives in Our Store in 4 to 7 Days
She stood at the podium on May 10, 2008, and promised to bring national prominence to South Carolina. Most thought it would take a miracle to get to that point, but Dawn Staley has always beaten the odds. Staley's vision for the Gamecocks' women's basketball team came true over the next nine years, culminating in the 2017 national championship. Her willingness to keep striving--to deliver on her promise--was met with early resistance. It paid off with several winning seasons, then terrific recruits. And, finally, the only prize Staley had not obtained in a lifetime of championship basketball. David Cloninger takes you on the team's journey to the national title.