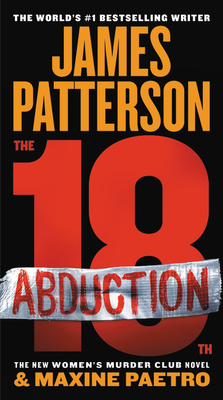 
Available to Order - Usually Arrives in Our Store in 4 to 7 Days
Detective Lindsay Boxer's investigation into the disappearance of three teachers escalates from missing persons to murder in this "shocking" Women's Murder Club thriller (Lisa Gardner, #1 NYT bestselling author).
For a trio of colleagues, an innocent night out after class ends in a deadly torture session. They vanish without a clue -- until a body turns up. With the safety of San Francisco's entire school system at stake, Lindsay has never been under more pressure. As the chief of police and the press clamor for an arrest in the "school night" case, Lindsay turns to her best friend, investigative journalist Cindy Thomas. Together, Lindsay and Cindy take a new approach to the case, and unexpected facts about the victims leave them stunned.
While Lindsay is engrossed in her investigation, her husband Joe meets an Eastern European woman who claims to have seen a notorious war criminal -- long presumed dead -- from her home country. Before Lindsay can verify the woman's statement, Joe's mystery informant joins the ranks of the missing women. Lindsay, Joe, and the entire Women's Murder Club must pull together to protect their city and one another -- not from a ghost, but from a true monster.
James Patterson is the world's bestselling author. The creator of Alex Cross, he has produced more enduring fictional heroes than any other novelist alive. He lives in Florida with his family.
Maxine Paetro has collaborated with James Patterson on the bestselling Women's Murder Club, Private, and Confessions series. She lives with her husband in New York State.
"Everything you love about Patterson and the Women's Murder Club -- smart characters, shocking twists, and a villain so evil you count down to the very last page to discover what will happen next." -- Lisa Gardner, #1 New York Times bestselling author of the D.D. Warren series