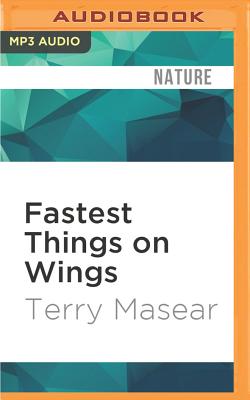 A heartwarming account of the trials and triumphs a hummingbird rehabber encounters while caring for her tiny, fragile patients.

Before he collided with a limousine, Gabriel, an Anna's hummingbird with a head and throat cloaked in iridescent magenta feathers, could spiral 130 feet in the air, dive 60 miles per hour in a courtship display, hover, and fly backward. When he arrived in rehab caked in road grime, he was so badly injured that he could barely perch. But Terry Masear, one of the busiest hummingbird rehabbers in the country, was determined to save this damaged bird, who seemed oddly familiar.

During the four months that Terry worked with Gabriel, she took in 160 hummingbirds, from a miniature nestling rescued by a bulldog and a fledgling trapped inside a skydiving wind tunnel at Universal CityWalk to Pepper, a female Anna's injured on a film set.

In their time together, Pepper and Gabriel formed a special bond, and together, with Terry's help, learned to fly again. Woven around Gabriel's and Pepper's stories are those of other colorful birds in this personal narrative filled with the science and magic surrounding these fascinating creatures.