My Bondage and My Freedom: Includes Life as a Freeman (Paperback) 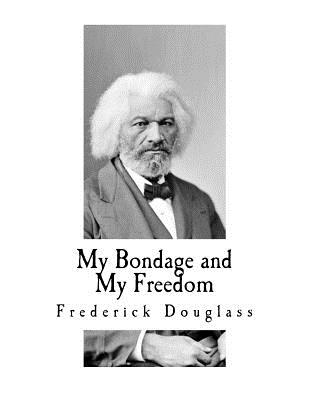 My Bondage and My Freedom: Includes Life as a Freeman (Paperback)


Available to Order - Usually Arrives in Our Store in 4 to 7 Days
My Bondage and My Freedom by Frederick Douglass.... In the history of his life in bondage, we find, well developed, that inherent and continuous energy of character which will ever render him distinguished. What his hand found to do, he did with his might; even while conscious that he was wronged out of his daily earnings, he worked, and worked hard. At his daily labor he went with a will; with keen, well set eye, brawny chest, lithe figure, and fair sweep of arm, he would have been king among calkers, had that been his mission. It must not be overlooked, in this glance at his education, that Mr. Douglass lacked one aid to which so many men of mark have been deeply indebted.