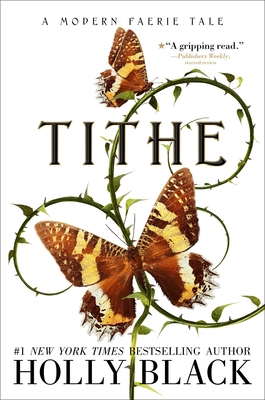 
Available to Order - Usually Arrives in Our Store in 4 to 7 Days
Discover the dark and seductive realm of faerie in the first book of New York Times bestseller Holly Black’s critically acclaimed Modern Faerie Tales series, where one girl must save herself from the sinister magic of the fey courts, and protect her heart in the process.

Sixteen-year-old Kaye is a modern nomad. Fierce and independent, she drifts from place to place with her mother’s rock band until an ominous attack forces them back to Kaye’s childhood home. But Kaye’s life takes another turn when she stumbles upon an injured faerie knight in the woods. Kaye has always been able to see faeries where others could not, and she chooses to save the strange young man instead of leaving him to die.

But this fateful choice will have more dire consequences than she could ever predict, as Kaye soon finds herself the unwilling pawn in an ancient and violent power struggle between two rival faerie kingdoms—a struggle that could very well mean her death.
Holly Black is the author of bestselling contemporary fantasy books for kids and teens. Some of her titles include The Spiderwick Chronicles (with Tony DiTerlizzi), the Modern Faerie Tales series, the Curse Workers series, Doll Bones, The Coldest Girl in Coldtown, The Darkest Part of the Forest, the Magisterium series (with Cassandra Clare), and the Folk of the Air series. She has been a finalist for the Mythopoeic Award, a finalist for an Eisner Award, and the recipient of both an Andre Norton Award and a Newbery Honor. She lives in New England with her husband and son in a house with a secret door. Visit her at BlackHolly.com.