Tune It Out (Paperback) 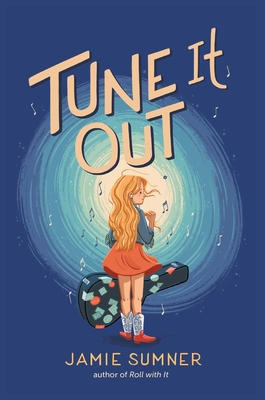 Tune It Out (Paperback)


Available to Order - Usually Arrives in Our Store in 4 to 7 Days
From the author of the acclaimed Roll with It comes a moving novel about a girl with a sensory processing disorder who has to find her own voice after her whole world turns upside down.

Lou Montgomery has the voice of an angel, or so her mother tells her and anyone else who will listen. But Lou can only hear the fear in her own voice. She’s never liked crowds or loud noises or even high fives; in fact, she’s terrified of them, which makes her pretty sure there’s something wrong with her.

When Lou crashes their pickup on a dark and snowy road, child services separate the mother-daughter duo. Now she has to start all over again at a fancy private school far away from anything she’s ever known. With help from an outgoing new friend, her aunt and uncle, and the school counselor, she begins to see things differently. A sensory processing disorder isn’t something to be ashamed of, and music might just be the thing that saves Lou—and maybe her mom, too.
Jamie Sumner is the author of Roll with It, Time to Roll, Tune It Out, One Kid’s Trash, The Summer of June, and Maid for It. Her work has appeared in The New York Times, The Washington Post, and other publications. She loves stories that celebrate the grit and beauty in all kids. She is also the mother of a son with cerebral palsy and has written extensively about parenting a child with special needs. She and her family live in Nashville, Tennessee. Visit her at Jamie-Sumner.com.

* “Her voice alternately wry, naïve, and wise beyond her years, Lou confronts sensory overload, self-consciousness, and her simultaneous love for and anger toward her mother in poetic, poignant prose. . . A vivid, sensitive exploration of invisible disability, family bonds, and the complex reality of happily-ever-after.”
— Kirkus Reviews, STARRED Review

* “Readers will fall in love with Lou Montgomery in this uplifting story, as she learns the power of music and the importance of family and friends.”
— School Library Journal, STARRED Review

* "Employing Lou’s clear voice and well-drawn relationships between complex characters, Sumner explores the challenges Lou faces as a result of her neuroatypicality and financially insecure past, culminating in an appealing, sensitively told tale."