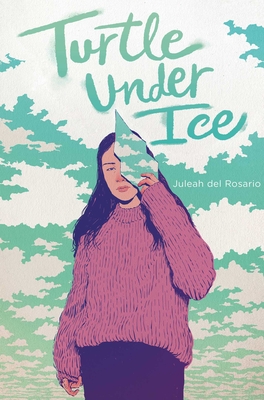 
Title unavailable, please email for information.
A teen navigates questions of grief, identity, and guilt in the wake of her sister’s mysterious disappearance in this breathtaking novel-in-verse from the author of 500 Words or Less—perfect for fans of Elizabeth Acevedo.

Rowena feels like her family is a frayed string of lights that someone needs to fix with electrical tape. After her mother died a few years ago, she and her sister, Ariana, drifted into their own corners of the world, each figuring out in their own separate ways how to exist in a world in which their mother is no longer alive.

But then Ariana disappears under the cover of night in the middle of a snowstorm, leaving no trace or tracks. When Row wakes up to a world of snow and her sister’s empty bedroom, she is left to piece together the mystery behind where Ariana went and why, realizing along the way that she might be part of the reason Ariana is gone.

Haunting and evocative—and told in dual perspectives—Turtle Under Ice examines two sisters frozen by grief as they search for a way to unthaw.
Juleah del Rosario is Chamorro and Filipina, and lives in Colorado where she works as a librarian. She is the author of 500 Words or Less and Turtle under Ice. Her favorite animal is and always has been a turtle.

“A moving story about sisterhood, family, and overcoming the insurmountable mountain that is grief.” —Kirkus