Cases and Maps: A Christian Introduction to Philosophy (Hardcover) 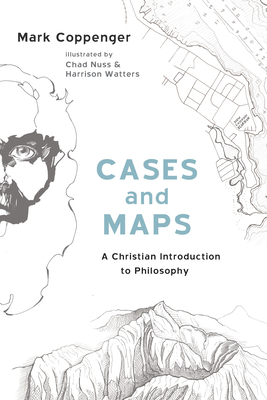 Cases and Maps: A Christian Introduction to Philosophy (Hardcover)

A dying man hires the services of a cannibal; a customs official insults a world-class sculptor; a farmer complains that low-flying bombers are killing his chickens; two rock groups claim the same name; a monkey takes a selfie; and a minister with mail-order credentials performs a wedding. The resulting court cases (and sixteen others) serve to introduce a wide range of philosophical notions (such as libertarianism, speciesism, and speech acts).

Next, a subway employee draws a revolutionary map; a mountain loses its name; a strange cineplex puts people in each others' movies; the art museums of Madrid loom over neighboring buildings; a nautical chart guides seamen into a Connecticut port; and Jerusalem stands "due north" of the Mediterranean. These maps (twenty-three in all), whether real or imaginary, introduce yet other philosophical notions (such as pragmatism, universals, and paradigms). Along the way in both sections, we meet a wide range of thinkers, from Plato to Aquinas to Hume to Kant to Searle.

The explanations and discussion questions are written from a Christian perspective, inviting believers to join in the perennial dialogue with the conviction that if you don't have philosophical and theological positions sorted out, then they will have you.