The Philosophy of Literature (Paperback) 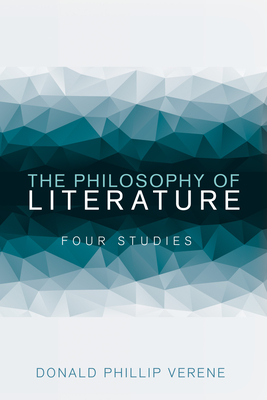 The Philosophy of Literature (Paperback)


Available to Order - Usually Arrives in Our Store in 4 to 7 Days
The Philosophy of Literature: Four Studies puts forth the question of the extent to which philosophers must go to school with the poets. It begins with a new interpretation of the famous Platonic quarrel with the poetic wisdom of Homer. It brings this question forward through the humanism of thinkers of the Italian Renaissance and the German Idealism of Hegel. It then treats the relation of philosophy and literature in four ways by considering philosophy as literature, philosophy of literature, philosophy in literature, and philosophy and literature. In regard to the first of these, it discusses Jorge Luis Borges's The Immortal, to the second James Joyce's Finnegans Wake, to the third Carl Sandburg's epic prose poem The People, Yes, and to the fourth, Sebastian Brant's Ship of Fools. This work demonstrates that in an area of thought often dominated by fashionable doctrines of literary interpretation, the great works of literature and philosophy remain as permanent residents of our thought and imagination. ""This little book conveys fresh, major insights about the possible relations between literature and philosophy--between real things and ideas--and the common medium we use to express and explore them both, language. Verene beautifully exemplifies these multiple relations by examining four specific literary works (Borges, Joyce, Sandburg, Brant) through a sophisticated but accessible philosophical lens. A lucid, foundational treatment that will enlighten the student and delight the expert."" --James Engell, Gurney Professor of English and Professor of Comparative Literature, Harvard University ""To read a book by Donald Verene is to experience an entire education writ small. In this wonderful book he again demonstrates the principle that eloquence is the skill to put the whole that is wisdom into words. Through masterful readings of four texts, he shows four ways in which philosophy and literature relate to each other, illuminating ethics, metaphysics, politics, and phenomenology. He writes as a poet-turned-philosopher and shows us through his own approach to the texts what it means for reading to be an act of transcendence. As a great teacher, and an inimitable guide to the speculative and poetic imagination, Verene resists the genius of mediocrity, and through his own example he encourages a return to philosophy as a linguistic art."" --Raymond Barfield, MD, Professor of Pediatrics and Christian Philosophy, Duke University Donald Phillip Verene is Charles Howard Candler Professor of Metaphysics and Moral Philosophy and director of The Institute for Vico Studies at Emory University. His recent books include Moral Philosophy and the Modern World (2013), Vico's New Science (2015), Metaphysics and the Modern World (2016), and James Joyce and the Philosophers at Finnegans Wake (2016). He has been Visiting Fellow at Oxford University and is Fellow of the Accademia Nazionale dei Lincei, Rome.