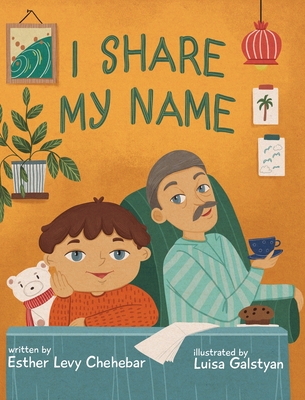 The Sephardic Jewish custom of naming a child after their paternal or maternal grandparent is depicted in a warm and vibrant story about a young boy who has many cousins with his name, Jojo.

"Jojo Nissim" is proud that he has many cousins who share his name. "Big Jojo" is his oldest cousin who can do lots of things like ride his scooter super fast. "Jojo-man" is another cousin, called so because he loves superheroes. His six-month-old cousin is called "Baby Jojo" because, well, he's a baby Named after Papa Jojo to show how much their family loves him, all of the cousins love having dinner together at their grandfather's house on Fridays for Shabbat where they eat kibbe cherry, eggplant mehshi, challah, and other delicious customary food.

The author was inspired to write her story when her son Joseph, or Jojo, was young and wondered why he shared his name with many others in his family. As the tenth grandchild, he was not the first Joseph in the family, having been named after his grandfather. The resulting story playfully explains this custom.

I Share My Name is a delightful and authentic story of tradition and family that families and educators of young children will welcome for those that embrace this tradition and also for those interested in learning about other cultures and their customs.