The Transgender Myth: Through the Gender Looking Glass (Paperback) 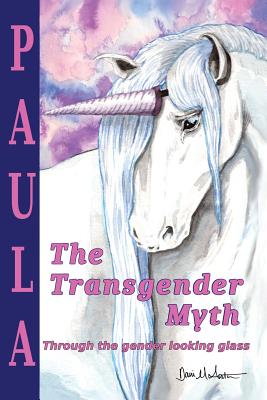 The Transgender Myth: Through the Gender Looking Glass (Paperback)

Paula had a great childhood believing she was a girl. She dreamed of being a 50's-TV-style mom, just like Donna Reed and June Cleaver. Just like her own mother. When she was enrolled in a school that separated boys and girls, she faced the realization that she was a boy, and soon, the harsh realization; she was never going to be pregnant.

After two devastating relationship with men, she discovered the love of another woman and her young child. As provider in the image of her father, she also raised her children in the traditional homemaker image of her mother. Tensions grew during the 28 year marriage until Paula was forced out of her home under allegations a transgender woman was unfit to be a mother.

Despite overwhelming consensus that no judge would ever give her custody of her youngest son, Paula was unwilling to abandon him. As her own attorney, she fought a four year custody battle.

Isolation and the economic and emotional stress combined with threats from the court drove Paula into a near suicidal depression. The love of her son prevailed. Paula regained custody while becoming the woman she had always know she was.