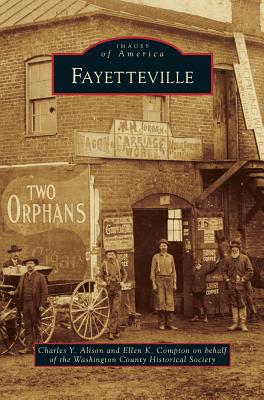 
Available to Order - Usually Arrives in Our Store in 4 to 7 Days
Founded on America's frontier in 1828, Fayetteville soon became a trade center and educational oasis for northwest Arkansas and the Indian Territory just to the west. Its location up in Ozark hills gave it a picturesque setting, a healthy climate, and diverse economy. The earliest residents named the town Washington Court because it was the county seat of Washington County, but its name was changed to Fayetteville in 1829, soon becoming synonymous with education in Arkansas. Fayetteville provided numerous educational firsts, including the first public school district, the first college chartered to award degrees, the first state university, and the first school and university in the South to integrate. In addition to being a cultural crossroads, Fayetteville also proved to be a literal crossroads for the following: the Trail of Tears, the Butterfield stagecoach route, and the St. Louis & San Francisco Railway. They fostered a citizenry that thrived on commerce while encouraging education and tourism.